2020: the world in the grips of a pandemic, the global economy crushed, the free world ostensibly led by an orange megalomaniac with no shame and even less idea. It seems appropriate that now would be the time for great music to emerge to unite and inspire us.

Instead, we’ve been given a delightful ditty from Cardi B, called ‘WAP’ – or ‘Wet Ass Pussy’, for the uninitiated. 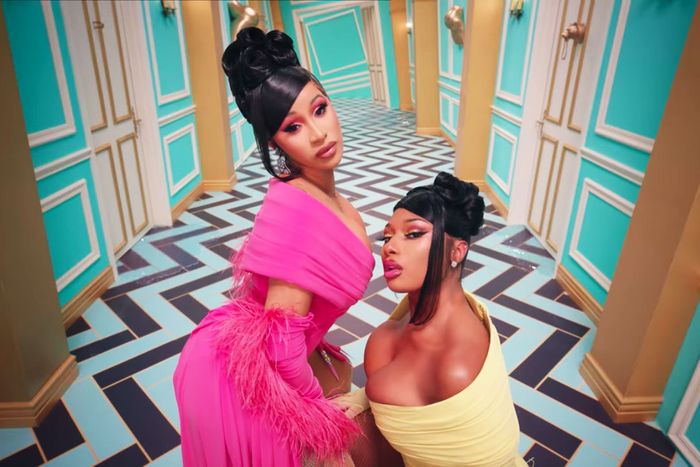 With lyrics like, ‘Put this pussy right in your face / Swipe your nose like a credit card’ and ‘I want you to touch that lil’ dangly thing that swing in the back of my throat’, to call ‘WAP’ explicit is like calling Russia’s Covid vaccine ‘perhaps a little risky’. Accompanied by a music video that can only be described as the Mad Hatter dropping acid then visiting a brothel, it even has a Kardashian (or at least a Jenner), just to really make you fear for the future of humanity. The song is rude, crude and blatantly avaricious.

It debuted at number one pretty much everywhere, notching up 93 million streams in just its first week. The accompanying video, in all its gaudy, debauched glory, broke records – clocking up 26.5 million views in its first 24 hours.

Fans call it an ode to female sexual empowerment, and laud Cardi for waving the flag for the sisterhood – particularly among the male-dominated world of rap. While it’s been derided and critiqued by basically everyone over the age of 35, in Cardi B’s own words, ‘The conservatives keep talking and the numbers keep going up’. With the song on track to break more records, she’s sitting pretty with her new range of WAP merchandise (including a WAP raincoat. Yes, really), leaving her plenty of time to conduct an interview with US Presidential hopeful Joe Biden (yes, really).

So before you write off the whole sordid affair as the first horse(wo)man of the apocalypse, let me riddle you this… It’s shocking. Left field. Slightly terrifying. And all you can really do is laugh at the sheer ridiculousness of the whole thing.

But ultimately it’s a song about reclaiming the balance of sexual power, so perhaps the crude take-home is not to let 2020, well, f**k with us.

After all, we all want to change the world.

Previous Post: « Total Recoil: the risky business of socialising during a pandemic
Next Post: The Princess and the Peeved: some thoughts on THAT Oprah interview »