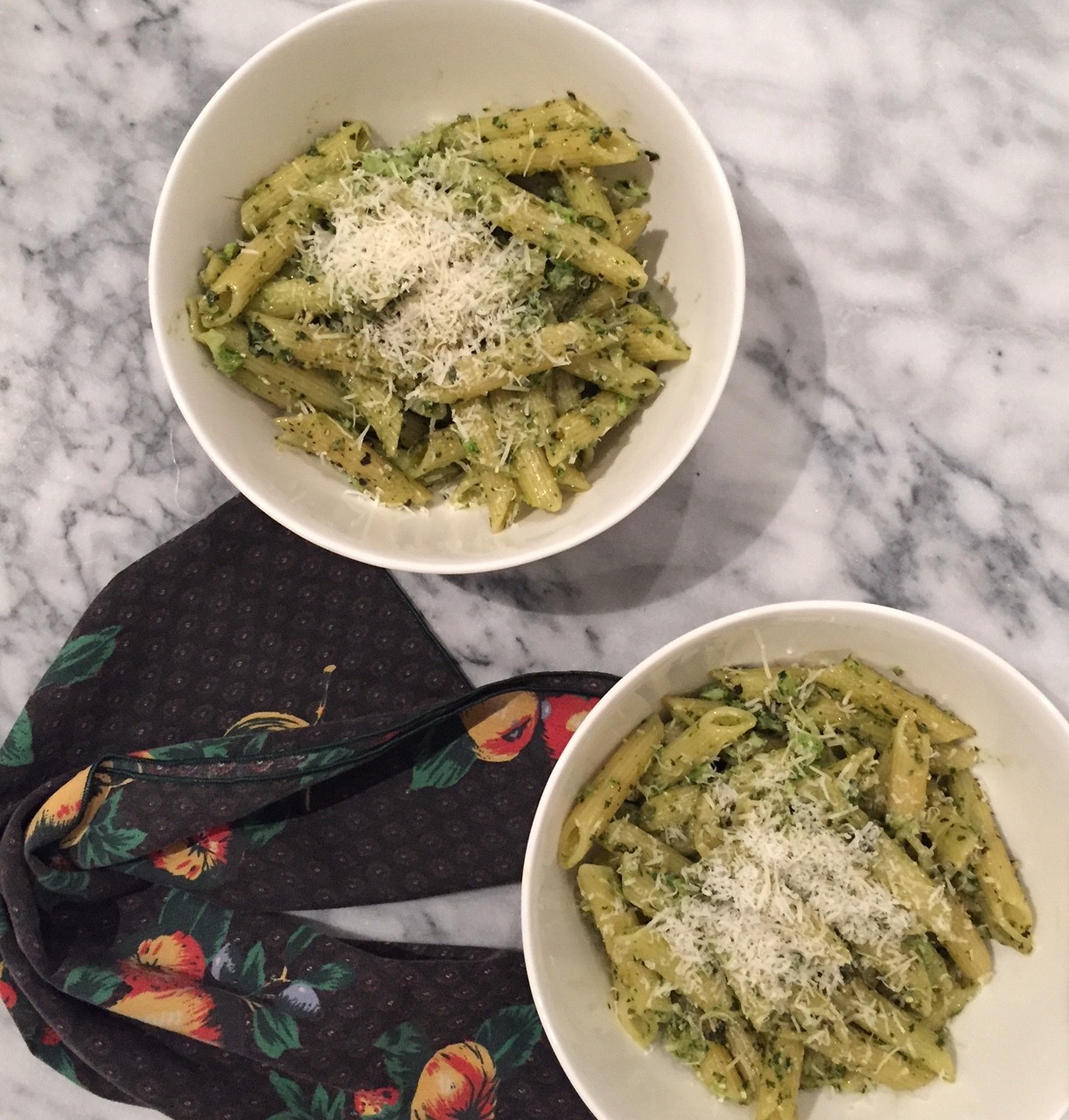 It may be March, but if you’re living in Sydney you’d be forgiven for thinking it was the middle of January. With long, sunny days hovering around 30 degrees, this really has been an endless summer – and I, for one, am not complaining one bit. The summer produce just keeps rolling in, so I’ve been stocking up while I can – like all good things, you know it won’t last forever.

Consequently, big bunches of basil have been a staple at my place – torn into salad, eaten with sweet juicy tomatoes (another warm weather staple), and blitzed into pesto. I thought I’d be clever and do a broccoli pesto to sneak some extra veggies into the 1 year old, however, he saw right through it and decided he actually HATES pesto (as opposed to last week, when it was the best thing ever). At least my husband and I enjoyed it, and I feel like the broccoli is like carbon offsetting the fact you’re tucking into a big bowl of carby goodness (with extra parmesan). Side note, did you know broccoli has more vitamin C than oranges? It really is a superfood-for-people-wh0-don’t-believe-in-superfoods.

Normally I err on the side of undercooking when it comes to broccoli – there’s nothing worse than mushy broccoli, it loses that beautiful green vibrancy and pretty much just tastes like cr*p. But given you need to blitz this one in a food processor, you probably want to cook it to just a whisker past al dente – it should still be firm and bright green, but cooked all the way through so it gets small enough that it doesn’t dominate the pesto.

Some people like to roast the pine nuts for a pesto, and I always used to until I watched a Jamie Oliver show where he said not to bother. His argument was that the creaminess of the pine nuts is overwhelmed by the taste you get when you toast them. In terms of flavour I like it either way, but I’m more lured by the fact not toasting them is faster and easier, so I’ve gone with that.

If you don’t like chilli, you can leave it out – instead, a pinch of lemon zest will help give the pesto a bit of a zing. I’ve waxed lyrical about the deliciousness of anchovies before, but do give it a go even if you think you don’t like them – it really adds a salty richness that you don’t get from seasoning alone. However, if you REALLY don’t want to give it a go (or have a valid excuse, like a seafood allergy or something) then add some grated parmesan to the pesto itself – around 1/4 of a cup – to get that same umami flavour. Yum!