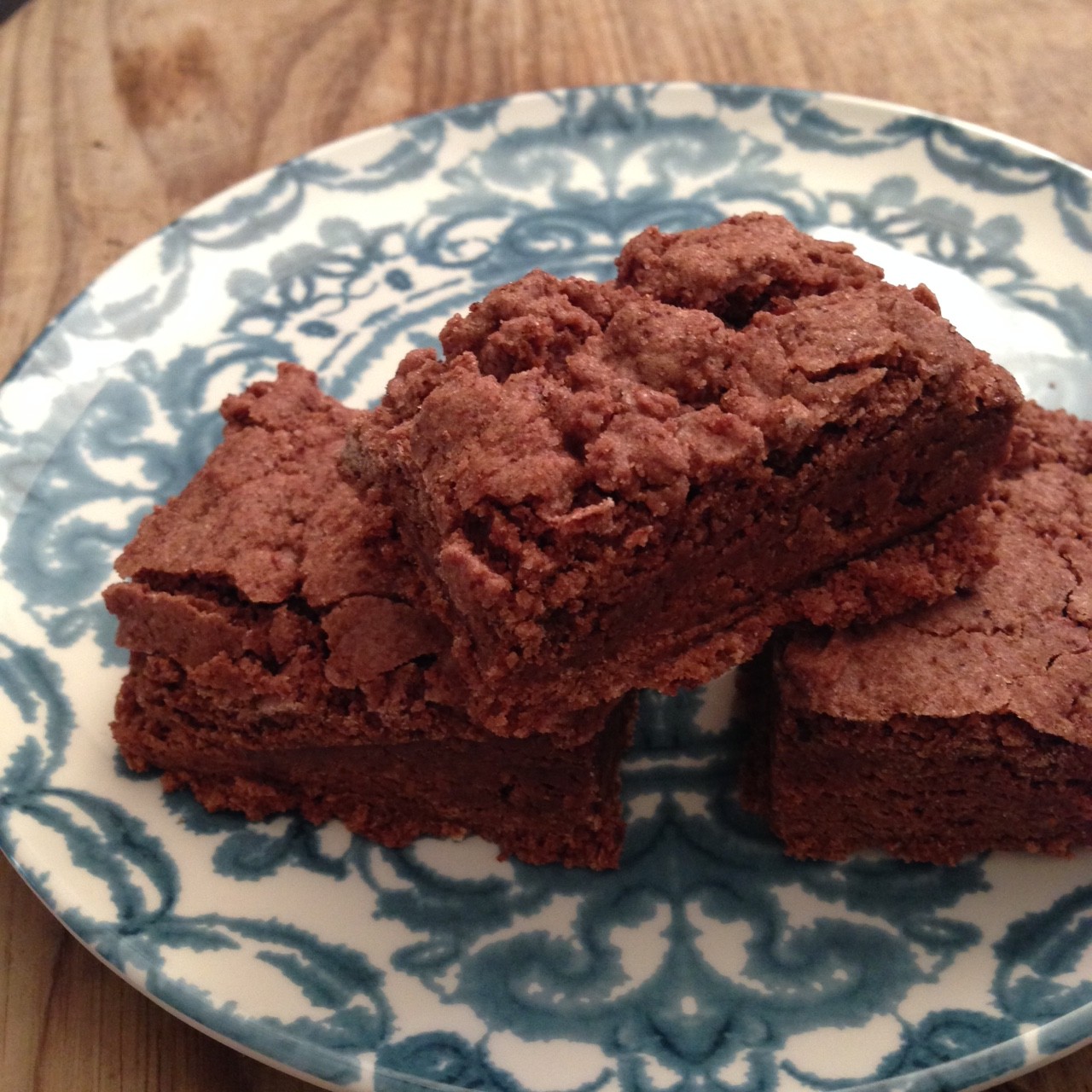 So it’s that point in January where you’ve eaten your body weight in plum pudding and never want to see another mince tart again. Or for at least a few days. For most people that also means it’s time for the New Year detox to kick in – and in particular for Australians to actually start eating the sort of food you SHOULD eat in summer, rather than borrowing festive fare from our northern hemisphere friends.

And I was all over this bandwagon until I had a dinner party for some friends and planned to make a pavlova. But alas, the weather gods were not smiling on me, and Sydney was copped with a month’s worth of rain in less than two days. Anyone who has tried to make meringue in humidity will know that it’s like a Kardashian marriage: destined for failure. I had a bunch of eggs, caster sugar and berries ready to go, so I had a quick regroup and decided to make these brownies instead. Although they also require beaten eggs, the key word is ‘lightly’ – just until white and frothy, rather than the stiff peaks you need for a pavlova.

Everyone has a different ideal when it comes to brownies, but texture is always paramount – these are your classic chewy type, with a slightly fudgy centre. Depending on how you’re feeling, you can add some chopped walnuts or chocolate chips to the mix to spice things up a bit, but all they really need is a dusting of icing sugar to make them look ‘noice, different, unyoosual’. In this instance, I served with fresh berries and vanilla ice cream – granted not quite as visually impressive as a pavlova, but it’s chocolate, and you never get any complaints with chocolate now, do you?!

Obviously these aren’t as healthy as my sugar-free version, but as far as treats go they’re not TOO bad for you. Sometimes I make them with cacao instead of cocoa to make me feel positively virtuous.